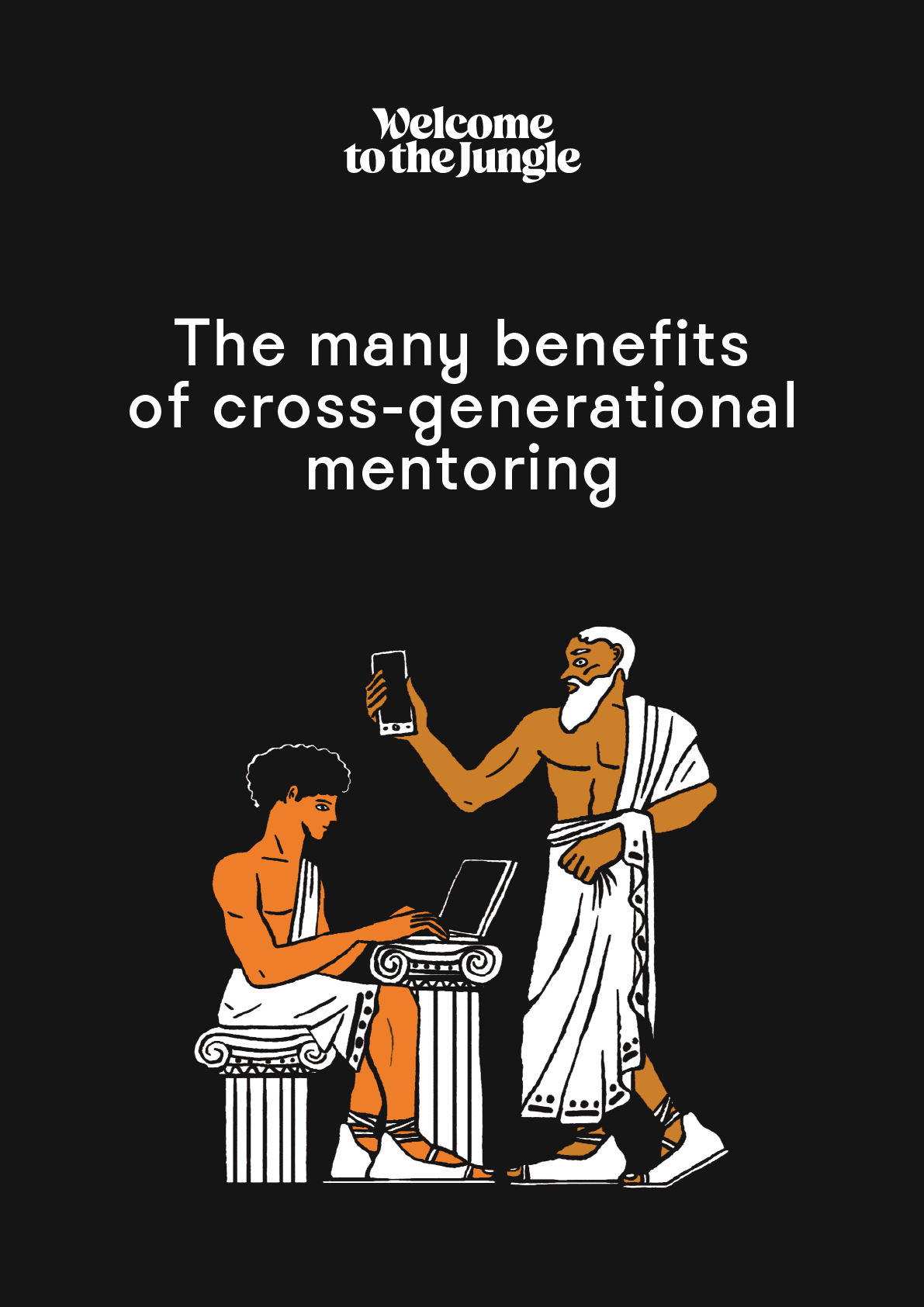 The many benefits of cross-generational mentoring

In an age of transitions, as new jobs emerge, old companies disappear and skills become obsolete ever faster, more workers need to acquire new skills and change jobs more often. In that context, the notion of age as a proxy for experience and savviness becomes more dubious.

In our day and age of transitions we ought to promote cross-generational mentoring and embrace all forms of age-agnostic mentoring that can match mentors with one type of experience and knowledge and mentees looking to enter a new position.

In this eBook, you will discover the merits of mentoring in general, why everyone needs to embrace the notion of cross-generational mentoring and give a few concrete ideas on how to implement the right programs in your company.

At the scale of the organisation, cross-generational mentoring (but also all sorts of “diversity” mentoring involving people of different genders, backgrounds, cultures and ages) is the way to increase diversity and leverage the strengths diversity generates.

All the evidence suggests companies that offer mentoring effectively have a competitive edge in the fight for talent.

Mentorship has long been instrumental in the world of religion.

For example, the guru-disciple tradition practiced in Hinduism and Buddhism reminds of mentorship. So does the Elders discipleship system practiced by Rabbinical Judaism and the Christian church. Last but not least the apprentices and companions in medieval guilds may have influenced the notion that professional relationships between experienced workers and chosen beginners can be particularly productive and fertile.